You need some advice. Go ahead – say the password, “Sherbet lemon.” See how the stone gargoyle hops aside, revealing that spiral staircase? You’ll find the headmaster’s office at the top. Inside, it’s warm and comforting: Fawkes the phoenix is perched in his corner, the Sorting Hat is right where it should be, and the most powerful wizard in the world is behind his claw-footed desk. This is where Dumbledore lives. And you don’t need to be a Hogwarts student to benefit from his wisdom.

The magic of J.K. Rowling’s timeless fantasy is that we can return to the world of Hogwarts as often as we need. When we were children, the Harry Potter series taught us the importance of love, friendship, and courage. Rereading it during adulthood, it offers powerful leadership lessons. No matter how many times we open the pages, Hogwarts headmaster Albus Dumbledore will always be there, ready to give advice on everything from jelly beans (avoid the earwax flavor) to management (lead with love).

Now, let’s sit down with a mug of butterbeer and dive into these five leadership lessons from Harry Potter – delivered by everyone’s favorite headmaster.

In case you’ve been locked in a cupboard under the stairs for the past 20 years, Harry Potter is a best-selling, seven-book fantasy series by J.K. Rowling. The first book was published as Harry Potter and the Philosopher’s Stone in the United Kingdom in 1997 and as Harry Potter and the Sorcerer’s Stone in the United States in 1998. As of 2016, total revenue from the franchise amounted to $25 billion, according to CNBC, including earnings from theme park and film adaptations.

There’s a reason Harry Potter is so popular: Rowling’s story of a boy-wizard destined to defeat the dark Lord Voldemort carries resonant themes of good versus evil and the triumphant power of love. Just reading the books has been shown to increase empathy.

Halloween is an excellent time to read (or reread) the series. Hogwarts School of Witchcraft and Wizardry – which Harry attends – goes all-out on Oct. 31, celebrating with thousands of live bats and a troupe of dancing skeletons. Halloween is an especially meaningful time for Harry because it is the anniversary of the day Voldemort tried, and failed, to destroy him, making him The Boy Who Lived.

Let’s Have a Conversation with Dumbledore

A powerful wizard who runs Hogwarts, Albus Dumbledore is Harry’s mentor. He’s also one of Rowling’s most beloved characters. Describing the Hogwarts headmaster as the “epitome of goodness,” Rowling once said, “If I can have anyone come back to me, physically, and come and talk to me, it would be Dumbledore.” Same, Rowling. Same.

Luckily, we only need a bit of imagination (and maybe a scoop of Floo powder) to transport ourselves to Hogwarts and ask Dumbledore our five most pressing leadership questions.

How Do I Foster Creativity in My Team?

We know that creativity and imagination aren’t just for wizards: They’re the future of Muggle work. But as a business leader, how do you help your team become more creative?

To answer this question, we’re going to travel back in time to Harry’s arrival at Hogwarts. Let’s listen to Dumbledore’s welcome speech:

“Albus Dumbledore had got to his feet. He was beaming at the students, his arms opened wide, as if nothing could have pleased him more than to see them all there.

“‘Welcome!’ he said. ‘Welcome to a new year at Hogwarts! Before we begin our banquet, I would like to say a few words. And here they are: Nitwit! Blubber! Oddment! Tweak!

“‘Thank you!’ He sat back down. Everybody clapped and cheered.”
- Harry Potter and the Philosopher’s Stone

Having grown up in the Muggle world, Harry is baffled by this speech, but his new schoolmates assure him that Dumbledore is a genius. And they’re right. Dumbledore’s seemingly nonsensical speech just happens to include the “three foundational factors needed to foster creativity in the workplace,” (or wizard school):

How Do I Spend Less Time on My Phone?

This question plagues the Muggle world, where cellphone addiction is rising. Not only is too much screen-time bad for our health, it hampers our ability to connect with (and therefore lead) team members. “The mere presence of a phone affects how you relate to others,” explains this Scientific American article. It’s basically a curse for conversations. But is there a remedy?

Time to ask the headmaster himself. Dumbledore may not know much about Muggle technology, but he is an expert in enchanted objects – and what’s a phone but a spellbinding screen?

You settle into an armchair in Dumbledore’s study, where Fawkes the phoenix is erupting into flames and the Sorting Hat is composing its next song. Cupping your shiny new smartphone in your hands, you introduce Dumbledore to the wonders of Facebook. Dumbledore nods thoughtfully, then offers you the same advice he once gave Harry about a bewitched mirror: “It does not do to dwell on dreams … and forget to live.” OK, we all know Dumbledore can be a little cryptic, so let’s break that down:

How Do I Keep My Integrity?

This is a conversation best had over a mug of butterbeer, so it’s lucky you have one in your hand. Sip the froth. Take a deep breath. Now, prepare for Dumbledore’s answer: "Dark and difficult times lie ahead. Soon we must all face the choice between what is right and what is easy.”

What is right and what is easy. We all know that “integrity is never easy,” because it’s human nature to rationalize our actions, as this article explains. (The Death Eaters told themselves that supporting Voldemort was the right thing, didn’t they?) But true leaders take an honest assessment of their behavior and make sure it aligns with their beliefs. You can do the same:

How Can I Be More Transparent?

Ooof. Dumbledore may not be the right person to ask. Transparency is key to leadership, but it’s one of Dumbledore’s failings: He’s known to keep “his secrets clutched to his chest,” as Harry says in Harry Potter and the Deathly Hallows. In fact, his lack of communication leads Harry to bewail what his leader asks: “Risk your life, Harry! And again! And again! And don’t expect me to explain anything, just trust me blindly, trust that I know what I’m doing, trust me even though I don’t trust you! Never the whole truth! Never!” This is not how you want your team to feel about you.

Since Dumbledore isn’t our best source on this one, let’s follow Hermione Granger’s example and do some research. (The Hogwarts Library is closed, so the internet will have to do.) To be transparent, you must:

How Can I Inspire Loyalty?

Love. We thought this would be Dumbledore’s answer, as it’s his response to nearly anything. Love is a powerful magic, Dumbledore tells you – and you don’t need a wand to wield it. Whether you are leading an army of wizards and witches or motivating corporate professionals, love is the only way to inspire true loyalty. To lead through love, you must be:

How Can I Thank You?

You want to thank Dumbledore for his help, so you ask him what he’d like for Christmas. “A pair of thick, woollen socks,” he says, but his smile is enigmatic. And it’s too late to press him for details – he’s ushering you out of his office, signaling it’s time to return to the Muggle world.

Before you go, Dumbledore gives you one parting piece of wisdom: “Help will always be given at Hogwarts to those who ask for it.”

Never be afraid to ask for help – from Dumbledore, or from us. You can contact us through our website or give us a call at 813-974-0950. And though we haven’t yet added a Defense Against the Dark Arts class, we have some excellent professional development opportunities that are open to Muggles, witches, and wizards. Wands optional. 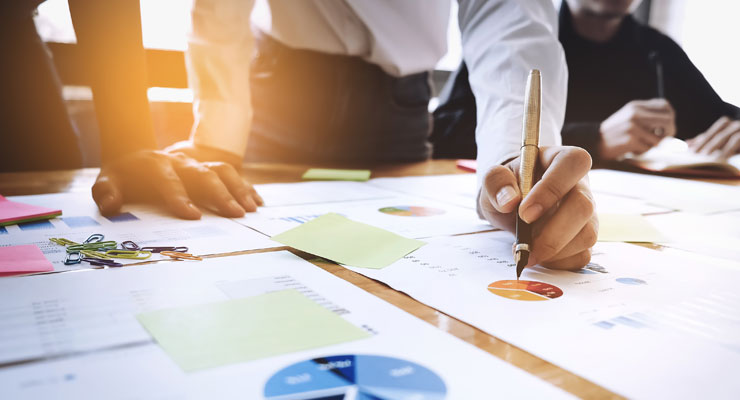 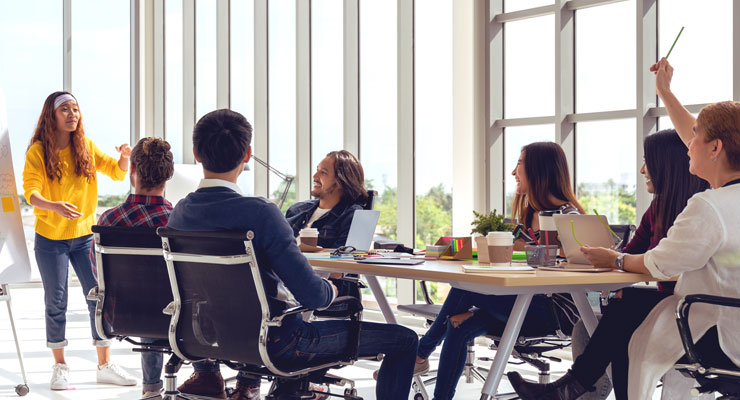 Creating a Culture of Excellence (Part 2)