The key to a successful leader is to earn respect—not because of rank or position, but because you are a leader of character. I used this precept from U.S. Army Major Richard Winters’ memoirs as a jumping-off point to write last month on the importance of leaders earning the respect of their people. In summary, I noted three particular behaviors leaders should either avoid or exhibit. First, leaders do not seek credit when their teams succeed. Second, leaders are accountable for their team’s function. Lastly, leaders should be able to deliver difficult news.

I realized a handful of points regarding leaders earning the trust of their teams still remained. I’ll continue by saying that true leaders know their jobs inside and out. Strive to learn the aspects of your trade as well as possible. If your training can be advanced through upskilling and reskilling opportunities, take advantage of them! And the corollary of knowing your job well is to perform its tasks in a capable and timely manner. As a leader, your high level of knowledge and noble work ethic will be evident—and respected.

In addition, team members respect leaders that treat them fairly. My approach to fairness, however, doesn’t necessarily imply everyone is treated the same. I’ve mentioned Hall-of-Fame football coach Bill Parcells before. He was a master motivator and understood that players with different personalities, needs, and circumstances necessitated a varied approach in treatment. I agree, but you have to know your people sufficiently to do this. I also add in the essence of the Golden Rule—to treat others the way I’d like to be treated—to help keep myself in check.

Finally, a team will respect the leader that has its back. I mean this, primarily, in a way that encourages initiative without fear of reprisal for failure. Don’t stifle creativity by imposing unnecessary boundaries. I encourage my teams to have a bold mindset in this sense. Leaders that empower teams to work with the freedom to apply creativity and innovation will frequently be pleased with the results. The occasional mistake is acceptable. Allow your people to explore the bounds of their talent. You’ll earn their respect. You’ll have their loyalty, too.

A managerial position may automatically afford you the respect of your team at the outset of a work relationship. Mindful, consistent effort is required to earn and maintain it, however. Having the respect of a team is one of the telling hallmarks of a genuine leader. The leadership title attached to your name is largely ceremonial if you don’t have respect. When leading through expertise, fair treatment, and by faithful support of the abilities of your people, you display the character worthy of earned respect.

What Is Process Improvement in Business, and How Can It Help? 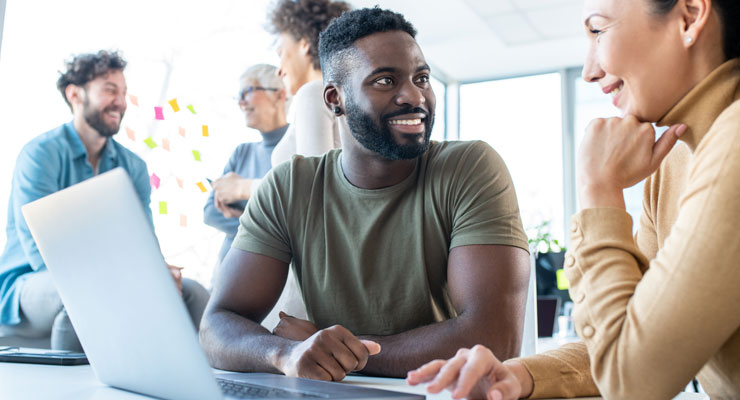