Do you find yourself bursting into song about your ambitions? Are you passionately smashin’ every expectation? Are you ready to rise up and achieve your professional goals? We thought so. Now that Lin-Manuel Miranda’s musical Hamilton is available to stream on Disney+, we’re all feeling inspired by America’s coolest founding father. Cue up your favorite songs from the Broadway hit, and get ready for these 8 professional development lessons from Hamilton.

First performed in 2015, Hamilton: An American Musical is an award-winning, hip-hop Broadway show “emblematic of a new age in American musical theater.” Lin-Manuel Miranda wrote the music, lyrics, and book, and starred as Hamilton in the original productions.

The musical immerses us in the life of charismatic Alexander Hamilton, an orphan who wrote his way out of an impoverished youth in the Caribbean and became the first treasury secretary of America. As portrayed by Miranda, Hamilton is a quick-witted, restless hero whose powerful words help shape our young nation. His ambition is matched by that of Aaron Burr (Tony-Award winner Leslie Odom Jr.), a strategic politician who eventually kills Hamilton in a duel. Much of the musical’s tension stems from their rivalry.

Hamilton works not only as a re-imagined portrait of early America, but as a road map (and sometimes a warning) on how to achieve career goals.

Maybe your passion is writing. Maybe it’s engineering. Maybe it’s teaching your dog the English language. Whatever it is, pursue your dream with the fervor of Alexander Hamilton. 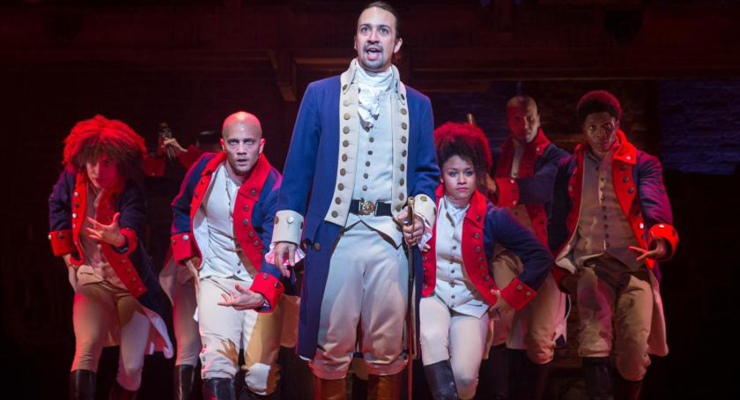 Turn Your World Upside Down

“I am not throwin' away my shot! / 'Til the world turns upside down.” —Yorktown (The World Turned Upside Down)

If you’re anything like Hamilton, your goals are revolutionary. It can be hard to turn the business world upside down, so follow the steps outlined in this Forbes article about bringing ideas into work: 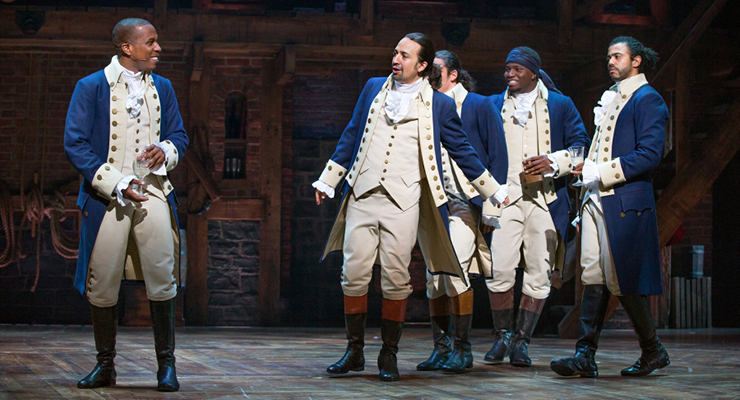 “Burr, the revolution’s imminent. / What do you stall for? / If you stand for nothing, Burr / What’ll you fall for?” —Aaron Burr, Sir

Fueled by passionate ideals, Hamilton advocates for the Colonies’ freedom. Aaron Burr advises him to keep a lower profile if he wants to stay alive. “If you stand for nothing, Burr, what’ll you fall for?” Hamilton retorts.

Throughout the musical, Hamilton is portrayed as a man whose convictions set him apart from the other founding fathers — such as Thomas Jefferson, played by the scene-stealing Daveed Diggs — who prioritize political security over integrity.

Knowing what you believe will help you remain true to yourself. What do you stand for? 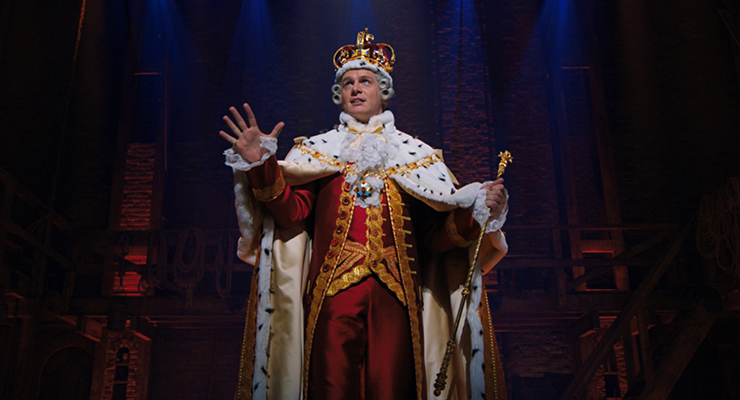 Raise a Glass to Freedom

“Raise a glass to freedom / Something they can never take away.”—The Story of Tonight

If you’re stressed out at work, answer our questionnaire:

If you answered “yes” to any of the above questions, your boss may be King George III (portrayed with hilarious madness by Jonathan Groff). Dump the tea in the breakroom and get out.

All jokes aside, King Georges do exist in upper management. The majority (56 percent) of American workers have experienced a toxic boss, according to a study cited in the Harvard Business Review: “While the idea of quitting may seem scary, the reality of staying in a job with a toxic boss can be even scarier.”

If you find yourself dreaming of the day you walk out that door, it may be time to finally do it. Raise a glass to your freedom.

“Talk less, smile more. / Do whatever it takes to get my plan on the Congress floor.” —The Room Where It Happens

Hamilton’s fiery personality helps him fight for independence from King George III. But he has to learn the art of diplomacy in order to govern a new country. Instead of blurting his thoughts and solving disputes with a punch, Hamilton begins to follow Aaron Burr’s advice: “Talk less. Smile more.”

We’re going to change that advice to “Talk less, listen more” (because too many of us, mostly women, are told to smile at work). But the point is this: Learning to compromise can help you achieve your goals. We’re not talking about compromising your integrity, but about actively listening to colleagues’ ideas and meeting them halfway. If hotheaded Hamilton can do it, so can you. 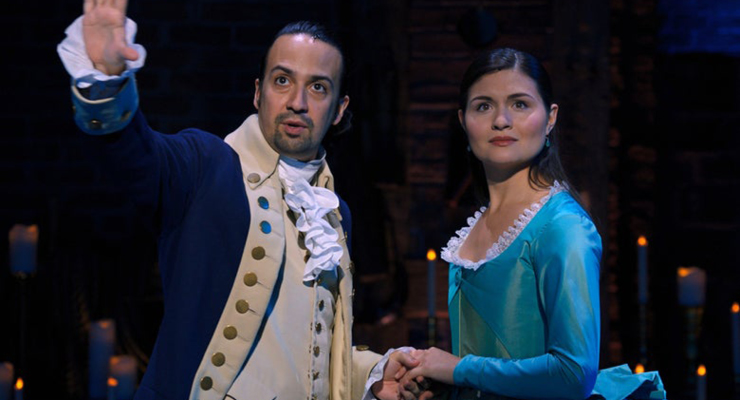 “Take a break / Run away with us for the summer (let's go upstate).” —Take A Break

Driven by his ambition, Hamilton ignores his family’s pleas to go on vacation with them. This puts him in a downward spiral that ultimately hurts the very career he was trying to save. If only he’d gone upstate with his wife and sister-in-law!

The lesson: Sometimes you need a break. Taking care of your emotional and mental well-being is not antithetical to your career success, it’s essential to it. Workers who refuse vacation days are “78 to 84 percent less likely to receive a raise or bonus compared to those who do take their deserved time away,” according to this NBC News article.

Trips are more complicated during the COVID-19 pandemic, but you can absolutely embrace time off through a staycation. And if you truly don’t have the ability to take vacation days, you can always treat yourself to mini-breaks through these self-care activities.

Know the World Is Wide Enough

Both Alexander Hamilton and Aaron Burr are politically ambitious, family-loving, and brilliant. But they approach life in opposite ways — Burr is calculating and strategic, Hamilton is passionate and action-oriented. Instead of taking the time to listen to each other, they lob advice like grenades. Ultimately, they let a competitive rivalry escalate into a death match. Maybe if they’d appreciated each other’s different personalities, Hamilton would have lived to see his glory.

Don’t let jealousy or misunderstandings keep you from bonding with colleagues. And never fall into Burr’s trap of sabotaging a co-worker who intimidates you. Remember, the world is big enough for everyone to be successful. 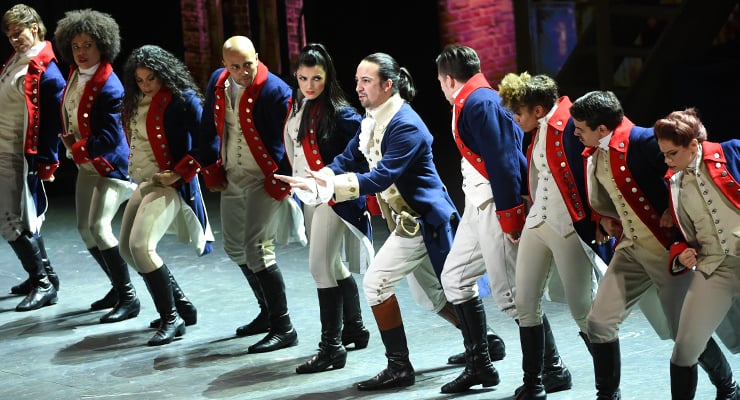 Remember That Immigrants, We Get the Job Done

“Immigrants, we get the job done.” — Yorktown (The World Turned Upside Down)

Part of the musical’s power stems from its diverse voices. Former President Barack Obama sums up the play’s message: “With a cast as diverse as America itself, including the outstandingly talented women, the show reminds us that this nation was built by more than just a few great men — and that it is an inheritance that belongs to all of us.”

Diversity matters, not only on the stage, but in your workplace. Our blog talks a lot about how creating an inclusive environment makes your company stronger. If you’re in a position of leadership, take these steps to enact change.

We’re Here to Help You Rise Up

Are there still a million things you haven’t done? We’ll help you knock out that to-do list with extensive professional development training and programs. Contact us through our website, or call us at 813-974-0950. 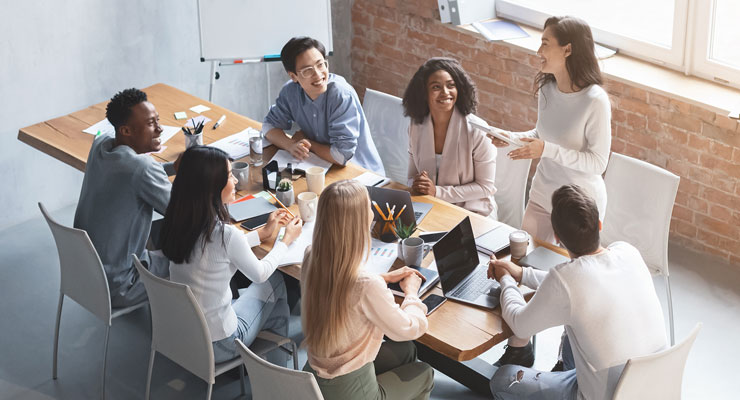 Qualities of a Good Project Manager 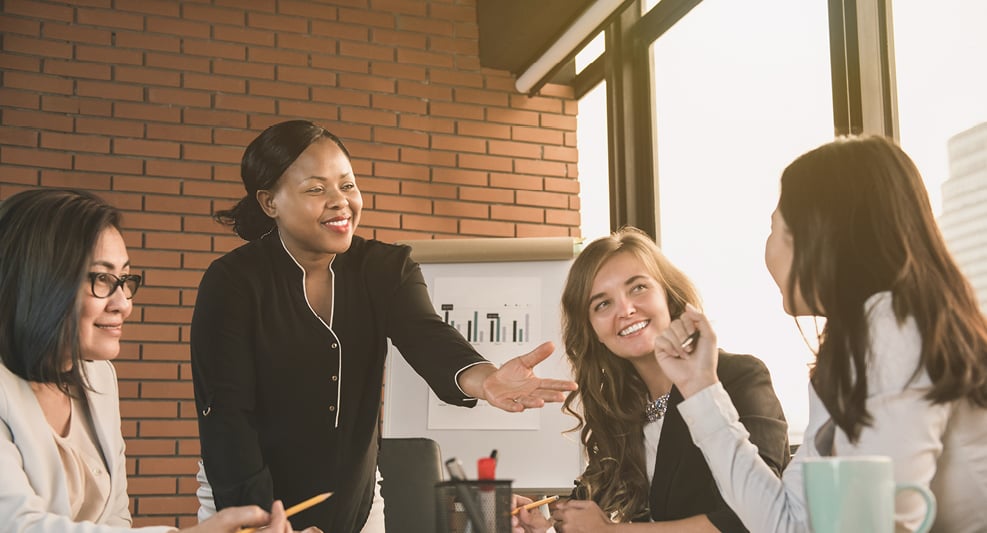 Leaders Earn the Respect of Their Teams