How many corporate meetings does it take to screw in a lightbulb? Cue Dilbert, and realize it’s not funny that there are countless potential endings for that joke, most of them riffing on wasted time. We meet to focus skills, talents, and minds on things that bring success. In short, meetings are the heart of corporate communication, so a business that can’t hold productive meetings is akin to a standup comic who can’t write jokes. OK. No more punchlines today, just 10 tips for more productive meetings.

Statistics Show How Unproductive Meetings Can Hurt the Bottom Line

Doodle, which bills itself as the world’s leading online scheduling platform, released a State of Meetings Report in 2019 based on a “Nielsen (Corp). study of 1,000 professionals (conducted August 2018), a survey of 5,528 professionals from the UK, Switzerland Germany & the USA (conducted October-December 2018), and analysis of over 19 million meeting responses shared via the Doodle platform in 2018.”

The report quantified the cost of disorganized meetings in 2018 in Switzerland, the U.K., Germany, and the U.S. It’s a staggering amount, almost $564 billion. Here’s the breakdown:

Doodle also asked participants to comment on the consequences of poorly organized meetings:

That said, here are our top 10 tips on how to hold productive, effective meetings and avoid the aforementioned pitfalls/costs:

10. Set Clear Goals and Have a Firm Agenda

Unless it’s a daily meeting to facilitate a routine process, distribute a meeting agenda that clearly indicates the expected progression of events, from hello to goodbye. State your goals. If there aren’t any, you probably shouldn’t be having a meeting. If you don’t have an agenda format, there are plenty of templates available.

A Forbes article notes that a “meeting without a ‘power agenda’ is really a waste of time. A power agenda considers the communication and information needs of all attendees, provides links and documents that may be needed before the meeting and after the meeting, clearly assigns timelines, deliverables, mechanisms and people to projects, and highlights the overarching, ‘quantifiable’ goal of the meeting.”

Give people a heads-up on the meeting and the agenda well enough in advance to ensure they can prepare; a reminder wouldn’t hurt as the meeting draws nigh.

The agenda is the map that drives the meeting, and there must be rules of the road.

People should know coming in that there are expectations regarding participation (everyone should), interruptions (no nonessential devices, including smartphones and tablets), and being prepared, particularly people responsible for important information, data, or props.

It’s all but inevitable that someone will do an irritating rendition of a person driving around lost with a good map in their glove compartment. Set expectations so that following the agenda is the norm.

There should be a meeting facilitator who is responsible for prepping the agenda and getting it in all the right hands. That leader should ensure that the agenda rules the day and that everyone knows the rules of the road.

Beyond directing or delegating the duties and logistics of everything from delivery of snacks and beverages to PowerPoint presentations, the leader should see to it that the timing of the meeting works for all participants and jibes with the timelines of the tasks/projects at hand.

The leader also can save time and avoid aggravation by staying on top of absenteeism. If a key player is going to miss the meeting, making it moot, it’s better to call off the gathering or tweak the agenda than waste time and money.

Sightseers and guests are nice, if you’re running a national park or a hotel. Everyone at your meeting should have a role to play. Those who don’t are at risk of becoming distractions, which can embarrass them and obstruct the meeting.

7. Stick to the Clock

Meetings should, within reason, start and end as scheduled; that means the agenda should be a realistic map of what’s going to happen, with a bit of buffer built in to accommodate hiccups. You’re gathering key people, and they have schedules to keep and other responsibilities to fulfill.

Strike a balance. Don’t let the pressure of a timeline stifle productive engagement, and don’t get lost in the weeds and forget the clock. 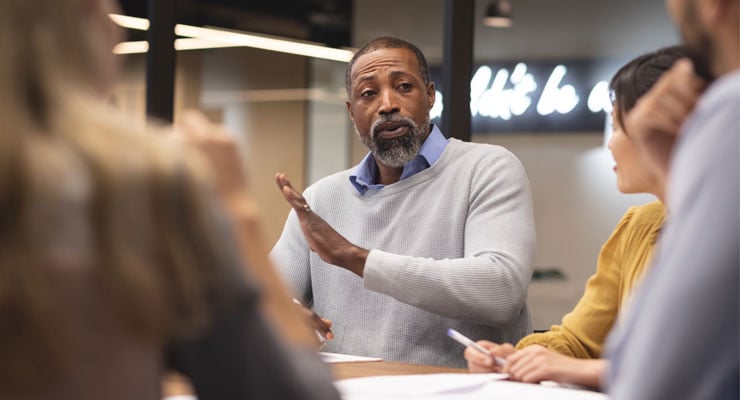 ProjectManagementHacks.com offers an offramp for meeting facilitators who have to deal with someone going off-topic. It’s called the parking lot solution. You open the meeting with a reminder to stay focused so you can hit your timeline. When the inevitable transgression occurs, recognize the point being made by saying something akin to this: “Let me write down that item in the parking lot and I will include it in the meeting notes that I will send out by email so we can explore that point at the right time.”

No feelings irreparably hurt; little time lost. Project Management Hacks also notes that you must follow up (See rule No. 2) to avoid losing track of a worthwhile idea or point and to guarantee execution of proposed actions.

The meeting leader also needs to be ready to end a discussion that gets hopelessly mired. Keep things moving, but keep tip No. 5 in mind.

5. Be Careful Not to Smother Ideas, Creativity

Your timeline is designed to stifle hiccups, not ideas. If a discussion is on the verge of derailing the timeline, despite the buffer you’ve built in, advise the room or individual that you’re on a worthwhile track that will be revisited during the question-and-answer period or follow-up. See tips No. 4 and 2.

4. Don’t Give the Q&A Short Shrift

The question-and-answer period is too useful and productive to be underplayed. Project Management Hacks notes that it often is abbreviated to the point of uselessness, saying, “To ensure more meaningful engagement, consider extending Q&A session(s) to match the length of the meeting. You might even consider switching up the overall format, with a short meeting intro followed by a longer Q&A. Depending on the meeting type, this could create a virtuous cycle, and help with building an enthusiastic team.” 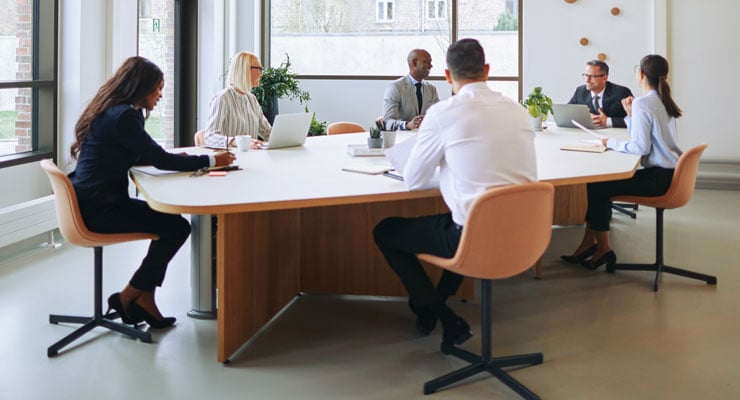 Don’t close the session without bringing clarity to what has been concluded and decided and what actions are to be taken, including, if known, the who, when, and how.

Entrepreneur concludes that “a quick refresher gives attendees the chance to ask questions or admit when they’re uncertain how to accomplish a goal, too. This reduces the danger of costly mistakes and saves time down the line.”

Ideally, engagement that begins in a meeting eventually must continue until the idea bears fruit, the task is completed, or the issue is resolved. It’s an ongoing effort that shouldn’t be put on hold until the next meeting. Keep track of things in face-to-face fashion, by phone, email, social media, or messaging platform chats. Whatever it takes.

Forbes notes that it’s “quite common for people to come away from the same meeting with very different interpretations of what went on. Document the responsibilities given, tasks delegated, and any assigned deadlines, and send out the meeting notes on the day of the meeting. That way, everyone will be on the same page.”

1. Think Outside the Meeting Room

The best laid plans often fall victim to boredom and malaise born of repetition. One option is to tweak the frills of the meeting. You can take this beyond a different schmear for those bagels or an exotic coffee. Try changing the venue to a unique location, even if you have to turn to professionals for help finding a place.

Depending on scale, you could convene at a café, restaurant, or even a park. Do whatever it takes to shake off the doldrums, help your team produce, and make the meetings more productive.

Good leadership can keep meetings on track, and it’s essential to business successes. USF’s Office of Corporate Training and Professional Education can give you an edge if your goal is to improve leadership skills, yours or those of a subordinate.

Explore a Corporate Leadership Program that is tailored to the needs of aspiring, first-time, and director-level managers. 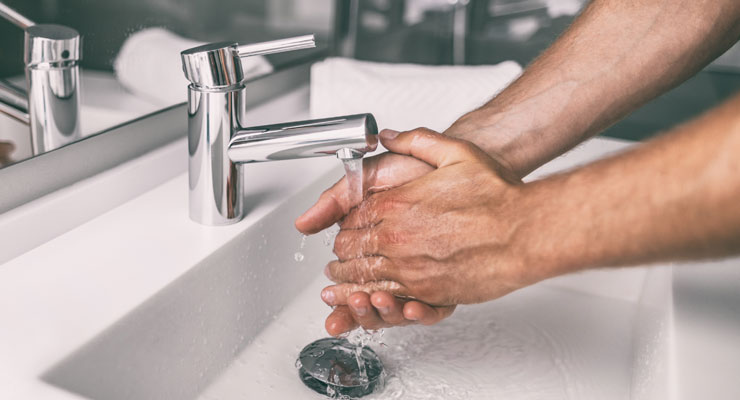 How to Sustain Workplace Health During Cold and Flu Season 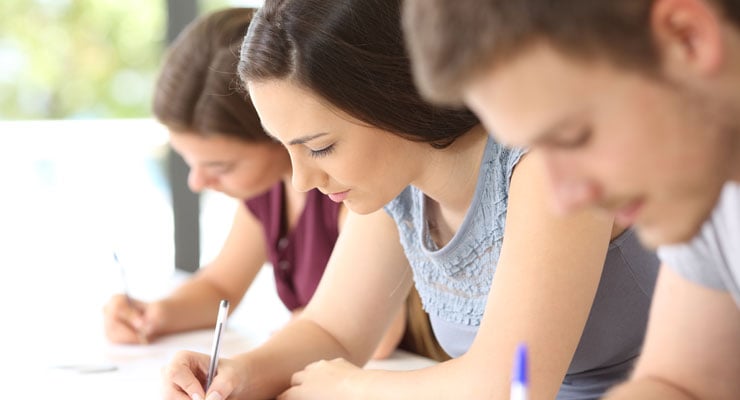